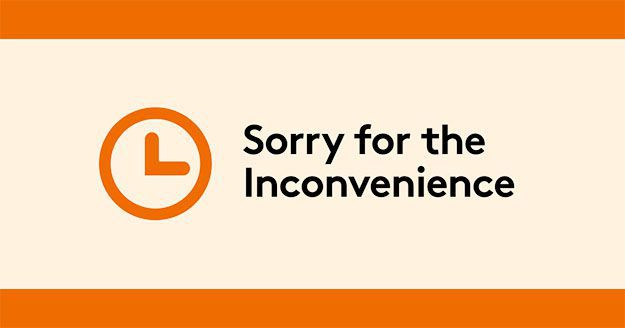 Share on facebook
Share on twitter
Share on pinterest
LONDON — If there’s one thing us Brits love to complain about (aside from the weather), it’s the transport system.This year — particularly with the recent rail strikes which have affected commuters — transport-based anger seems to be at an all-time high.But what kind of scale are we talking about here?Well, although there’s no way of tracking the day-to-day mutterings of delayed commuters, there is one thing that can be monitored — Twitter complaints. Or, rather, Twitter apologies.
Omid Kashan, a 26-year-old graphic designer and web developer from Manchester, has done exactly that.He recently created the website Sorry for the Inconvenience, which tracks the number of times various transport companies across the UK apologise to people on Twitter.”The site has been running properly for two weeks now,” Kashan said. “I had the idea while waiting for a tram in Manchester — it seems like every day there’s something wrong with one of the lines, and it made me wonder if it’d be possible to track this in some way.”

“It works by simply listening for new tweets containing certain keywords (you can probably guess which ones) and logging them in a database,” said Kashan. “There’s been about 16,000 since the site went online at the start of December.”

The site’s homepage features a tally of the total “apologies this year” (Kashan said he gathered these by scraping the Twitter feeds of the companies on his list), followed by a chart breaking things down by day, week, month and year. 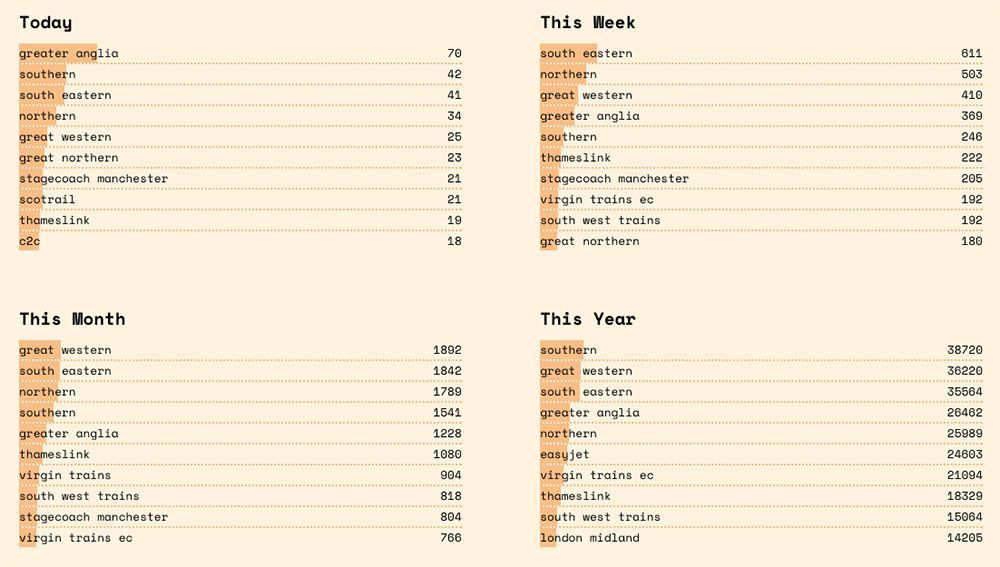 You can also click onto an individual company’s page and see the time since their last apology was issued, plus their daily average and annual total. 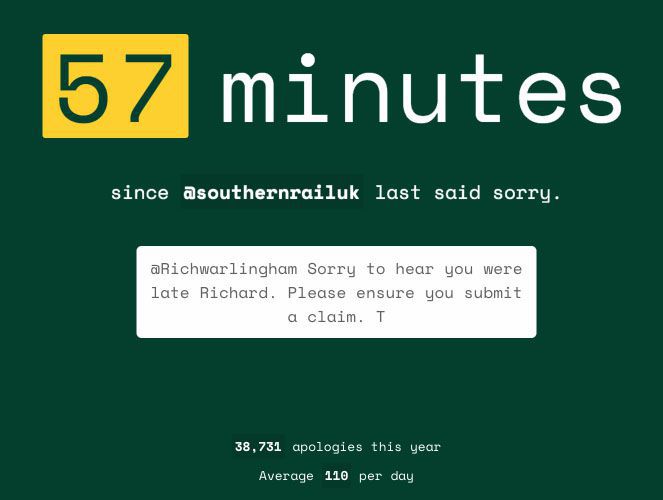 The site updates in real-time, so you can actually watch the number of apologies grimly ticking up throughout the day.

Over the course of the last hour, 58 new apologies have been added to the annual total.

Mashable has reached out to National Rail for comment.

“Train companies do everything they can to give everyone a great service, every day — that’s why they apologise when things don’t go right — but the vast majority of passengers have a positive experience.

“The railway carries 4.6m passengers a day — that’s 1.7bn a year — so the number of apologies made by train companies when things don’t go to plan needs to be seen in this wider context.”